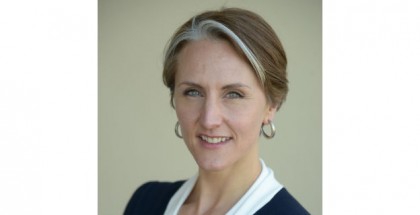 At the start of this month, renowned British sourcing advisor Eleanor Winn took a giant leap away from familiar territory and into the unknown - in the form of a new role as Co-Head of EMEA (in the process barging to one side erstwhile solo Head and Outsource Editor Jamie Liddell) for Sourcing Industry Group (SIG). In something of a departure from Outsource's editorial custom - and in full awareness of the prospect of accusations of institutional egocentricity - we've taken the opportunity to unveil our star signing before her adoring public, via an interview examining her irresistible rise to her new, vertiginous peak; her thoughts on why the UK and European outsourcing space deserves much better service from those purporting to represent it; why IoT is the NBT; and a truly agonising professional dilemma...

Outsource: So, Eleanor, welcome on board – at last! You are of course already a well-known figure in the space – and more familiar now to the SIG audience following your appearance at last month’s SIG Summit in Florida – but for those few of our readers to whom you’re still an unknown quantity, could you give us a bit of background on who you are and your career thus far?

Eleanor Winn: I studied computing science and management at Glasgow University and after graduating with a surprisingly good degree considering how little work got done I started my career as staff number 12 into Logica’s then-fledgling outsourcing division. I joined a team delivering applications management services for a telco and was promoted over a few years to a place of greater safety in sales, marketing and channel management.

When I left Logica in I stumbled into the world of outsourcing advisory and it immediately felt like the right job for me. I have worked in and around the industry ever since – ultimately founding Source in 2010. I’ve been lucky enough to work with so many great clients and to get involved in all sorts of outsourcing, from IT all the way through to cleaning services, so I have learned a lot of lessons and seen a lot of extraordinary things over the years, both good and bad.

O: Prior to its acquisition by Alsbridge in 2015, Source had made quite a name for itself in the sourcing advisory arena in a comparatively short timeframe. What do you think were the qualities of the organisation that made it such a success – and do you think they ended up being the same qualities that you’d thought it would possess at the beginning?

EW: The main thing was that we had a very clear idea of why we existed and could articulate it very clearly. Our “one big thing” was to improve the brand of outsourcing, one of the greatest contributors to the UK economy, but still an industry which, when answering answer the question “what do you do?”, elicits a range of responses from political rants to personal vitriol.

We knew that our priority was to do everything necessary to move the industry on, whether that was delivering positive outcomes for everyone involved in the deals we worked on or uncovering the newest themes and trends which would change the direction of the market. This meant that our customers were delighted with the partnerships that we helped them to create, and gave us a reputation for being positive and outcome-focused. It also meant that we were always exploring new trends and as a result were first to the RPA party, which has turned out to be the best moment of foresight we have ever had. And it all started with a story about pigs… [Ed’s note: We’ll be pursuing this rather baffling reference at a later date.]

O: Now you’re moving out of the sourcing advisory game (at least in its purest sense) what do you think you’ll miss most about that industry? And what are you going to be glad to see the back of?

EW: The thing I will miss most is the client challenges. Advisors are in such a privileged position: working with some of the most interesting organisations in the world, digging in to their businesses to find out what is right, what is wrong and what is special about them – then helping work out the best way to deliver the outcomes that they are looking for. I will also miss the team that we built at Source and more recently as part of Alsbridge. Such remarkable people.

The thing I will miss the least is probably the competitiveness. The sourcing advisory market is relatively crowded and I have always found it a little frustrating that so many brilliant people spend so much time competing for work when we could be getting on with delivering the customers’ outcomes for them. Ironically at Source we always had a policy in the early days not to respond to RFPs because it felt like a waste of time and effort that could be better invested elsewhere, but of course that was the luxury of being a start-up and as we have grown we have had to be more aggressive and compete for work.

O: Looking forward: what most excites you about this role (apart from working alongside the Outsource editor, of course…)?

EW: It is so liberating to be able to think more broadly about the industry across the customer, provider and advisory space and refocus on what I have always been passionate about – namely improving the brand of outsourcing.

SIG is in an extraordinary position to be a catalyst for change for the entire industry – a catalyst in the truest sense of the word, to initiate and enable change by bring together different elements of the customer, provider and advisory community to make real magic happen. This is something that I feel has been missing in recent years in the UK and I can’t wait to be part of making it happen.

O: What do you see as being some of the challenges facing the space right now which you’re looking forward to getting your teeth into?

EW: One of the biggest challenges for us is going to be helping people understand the role that we aspire to play in the market – this is about more than PR, events and fluff. Outsource is already seen as a trustworthy, insightful voice and my objective is for SIG to play a meaningful and credible role in evolving the outsourcing industry across EMEA to be fit for the future. For us to be effective in delivering this vision, we need to change people’s perceptions of what they can expect from a professional body so that they engage with us as a valuable resource and platform for change as opposed to simply a networking organisation.

O: You spent a few very enjoyable days last month at the SIG Summit: this wasn’t your first glimpse of the US market, of course, and during your Fireside Chat with SIG CEO Dawn Evans on the last day of the event you gave a few thoughts on how that market differs from life on the other side of the Atlantic. Can we revisit that briefly? What do you see as being the key differences between the two sides of the pond?

EW: Speaking in gross generalisations, the US appears to be somewhat less mature than the UK in terms of how organisations and the leadership within them are thinking and talking about sourcing. The conversation in the US seems to still be somewhat more focused on how to operate an effective competitive transaction process, as opposed to how to establish meaningful long term ecosystems of partner organisations working together to deliver positive outcomes.

Having said that, there were some organisations at the summit sharing their experience of collaborative sourcing processes which sounded like we [in Europe] could learn a thing or two – these were mostly global organisations.

O: At Source you did very well to establish yourselves as experts in an emerging field: RPA. What do you see as being the next big thing – and how can Outsource and SIG get ahead of that curve?

EW: The next big thing is Internet of Things and the whole field of digital disruption, which is set to change how organisations across all sectors operate and therefore the demands that they are making of their ITO and BPO partners. We are likely to see new commercial and operational models emerging as organisations learn the hard way that digital operations require a much more dynamic philosophy. The “bimodal” theme being promoted by Gartner is just the beginning, as companies learn to operate their processes and underlying systems in a much more flexible way to suit the “mode” that is required – whether that is an enterprise service with security and stability at its core, or a more agile model designed for speed and customer engagement.

Our role is to dig deep with the customers, providers and advisors that we engage with and get under the skin of these complex themes to bring the most advanced thinking to our readership and membership and help the entire industry to mature and transform.

O: What’s the hardest decision you’ve ever had to make in your career thus far?

O: What’s the most important piece of advice you’ve ever received?

EW: Even if you’re on the right track, you’ll get run over if you just sit there.

O: Last – but by no means least: what’s the secret of outsourcing success?

EW: An outsourcing contract might be between two organisations but it is the people that make it work. Figure out what will make the individuals and groups involved in an outsource successful and ensure that everyone understands what their positive outcome is and things will take on a momentum of their own. 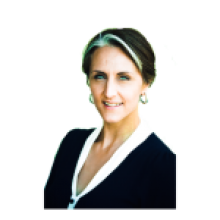 Eleanor, the founder at WorkFutures, is a sourcing expert and trusted advisor with 20 years of experience in outsourcing, business development, contract negotiation, project management and people development. Having led a number of organizations in the sourcing space, she is currently working with a portfolio of organizations in a marketing and advisory capacity focused on the future of work and the new digital sourcing and services landscape. Prior to starting WorkFutures, Eleanor held leadership positions with SIG, Alsbridge (now ISG), Source and Quantum Plus.