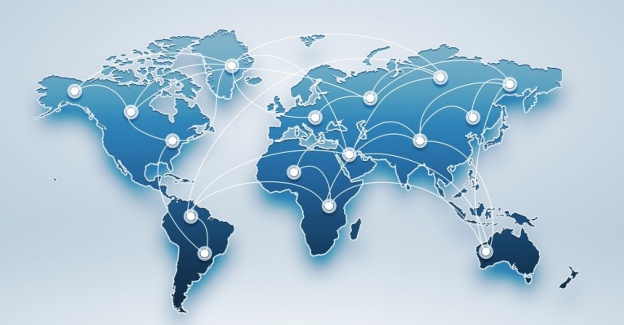 Outsourcing has become synonymous with cheap services offered by another country. Lower costs are on everyone’s mind when outsourcing is mentioned, especially in the IT world, where it can make a substantial difference. However, it’s not just about saving a buck. Outsourcing can also help companies find the right talent (and enough of it), reduce overhead and in the end, yes, reduce costs. The latter should always be a consequence of outsourcing, but never a principal cause.
Several regions are renowned for Information Technology and Communications (IT&C) outsourcing, but India is the most well-known. It offers a very large talent pool and good English skills, but has drawbacks regarding cultural similarities and independent work. If you look only at the price tag Asia tops the list for outsourcing locations, but that’s not the whole story.
Latin America is a great IT outsourcing location for companies in the U.S. Similarly, Eastern Europe is an ideal outsourcing location for Western and Northern European companies. Clearly, real estate is not the only field in which location matters. These regions offer lower costs than the rates available in the companies’ native locations, so there will be savings involved; it just depends on whether you’re interested in lower costs or the lowest cost.
When outsourcing IT, the first thing that should be considered—although it rarely happens—is skill. If you compromise here, you’re setting yourself up to fail. But the funnel of choosing to work with a certain outsourcing company usually starts with cost. In order to have a good working relationship, you need an open communication channel and clear understanding with your chosen development partner. Here are two considerations that show why location outweighs cost when choosing an outsourcing partner.
Time Zone - For augmented teams, time zones are very important as they can enable or hinder productivity. If teams have to work together during the day, overlapping time zones—such as North American companies outsourcing to Latin America—makes it easier to get feedback. For European companies, Eastern and Central Europe is quite appealing for the same reason.
If the time zone difference is substantial there is the risk of pushing it to the next day. In this situation, problems that could be solved in real time take an additional 24 hours in order to allow the other team to respond. If this happens frequently, you’re looking at a different schedule for release and increased development costs.
Cultural Accessibility - Just like outsourcing can be synonymous for cost-cutting, location is sometimes only viewed through the perspective of time zones. But just as important is the culture of the outsourcing location. There needs to be good rapport in order to understand each other (even if you’re speaking the same language, there can be difficulties). Don’t underestimate the importance of differences in culture or custom. Doing so can lead to misunderstandings that significantly impact time and expense.
Although it’s a bit of a paradox, when considering outsourcing locations, you can sometimes find a company that has the cultural compatibility you need, but is in a less desirable time zone. Location is not just about the where. Some North American companies work with outsourcing providers in Eastern Europe for cultural compatibility, despite the substantial time zone difference.
It all comes down to a matter of balance: how well and when you can work together.
A solid bottom line impact can be tempting, but it is difficult to see the benefits of a strategic business partnership immediately. You can’t put a number on it like you can with low rates or yearly savings, but it can definitely be measured in the long run, and time zone and cultural accessibility both play a factor.
Overall, to make outsourcing work in the long run you need a partnership that starts with skill level, followed by considerations for company or cultural compatibility and location, then cost. It also depends on what kind of work you have in mind; software development requires more than just technical acumen, it also needs good communication skills and understanding.
Tags:
Nearshoring
Outsourcing
Business Process Outsourcing (BPO)
Cost
IT Outsourcing
Region:
Global

Samuel Andras is an IT Outsourcing Consultant at Evozon, a software company based in Romania. He is passionate about creating content related to important issues in IT and building relationships with people interested in similar topics.
Twitter: @somesamguy