Sourcing in the Circular Economy 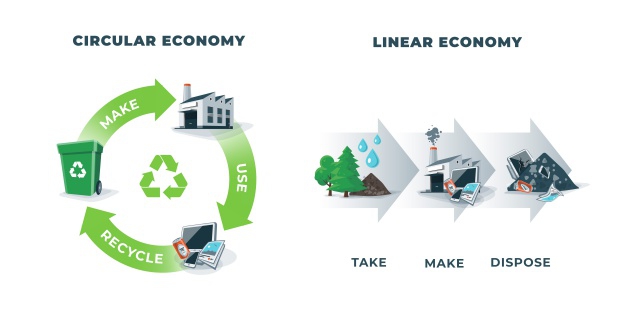 Procurement plays a vital role in bringing new products and services to market, creating jobs and delivering economic prosperity for customers, stakeholders and shareholders. Sourcing plans identify value propositions, partnership and investment opportunities, new and emerging capabilities that have a substantial “positive” impact on the bottom line. Consumers are now demanding businesses to deliver a social benefit delivering products and services with a sense of responsibility or concern for the problems and injustices of society. I believe that companies wanting to meet the "social conscience" expectations of their customers and capitalise on the significant opportunities of "doing the right thing" must now focus their efforts on developing the capabilities of the circular economy.
The Circular economy, as opposed to a traditional linear economy, keeps resources in use for as long as possible to extract their maximum value and then recover and regenerate products and materials at the end of the service life. This description provides an encouraging opportunity for procurement teams to demonstrate their value and capability more as the circular economy aligns with the sourcing lifecycle.

Understanding the Opportunities of the Circular Economy

Blackrock has launched a Circular Economy Fund. It describes the Fund as “investing globally at least 80% of its total assets in the equity securities (i.e., shares) of companies globally that benefit from, or contribute to, the advancement of the “Circular Economy.” The Circular Economy concept aims to minimise waste by considering the full lifecycle of materials and redesigning products and operations to encourage greater re-use and recycling.” The size of the Fund exceeds U.S. $21 billion.
In September 2015, Accenture reported that the Circular Economy could create U.S. $4.5 trillion in economic output by 2030. Research identified “circular business models that will help decouple economic growth and natural resource consumption while driving greater competitiveness.”  As the world’s population rises and societies become more urbanised, consumption of resources increases creating an environmental paradox. How can the goal of the Paris Agreement of keeping global temperature rises below two degrees be met? According to a report by Ellen MacArthur Foundation and the United Nations Conference for Trade and Development (UNCTAD), India could create as much as U.S. $218 billion in additional economic output by adopting circular economy principles. Furthermore, this could help achieve a 23% reduction in greenhouse gas emissions by 2030, rising to 44% by 2050.
Incorporating circular economy principles into procurement frameworks enables organisations to determine, assess, and manage the environmental and social risks while identifying the economic and environmental benefits of re-using and recycling assets. This raises the standard of due diligence and monitoring to support socially and environmentally responsible decision-making.

Cloud-first May Put the Environment Second

It is estimated U.S. data centres consumer more than 90 billion kilowatt-hours of electricity per annum, which is equivalent to the output of approximately 34 large coal-powered plants. While more and more companies are moving their data to the cloud, this does not deliver a reduction in electricity, it just transfers the problem to another organisation to resolve. As we stream more videos and rapidly adopt Artificial Intelligence and the Internet of Things, the need for processing power increases, requiring more data center infrastructure and higher electricity consumption.
HSBC recently announced its cloud-first strategy. HSBC now has 169 petabytes of data on its servers, a 69% increase from the previous year. A petabyte is a unit of information equal to one thousand million, or 250, bytes. David Knott, U.K.-based chief architect of the bank’s IT said “Managing that much data takes a lot of effort and computing power. We found we were spending more time managing the infrastructure for data than we were using the data to figure out what our customers wanted.” The Australia Prudential Regulatory Authority (APRA) has warned Australian banks to  boost IT budgets with Chairman Wayne Byres saying “APRA reviews into banking sector systems hygiene found a number of instances where critical systems were end-of-life or end-of-support and without funded remediation plans in place.” Aging software that cannot be migrated to the cloud means more reliance on server infrastructure. This results in data centres needing more racks to store existing and legacy platforms. More racks in the same space create heat pockets that need cooling. All of this leads to more energy usage.
Procurement teams are uniquely positioned to develop a stronger understanding of the technology environment by building a collaborative relationship with stakeholders who have a mandate to simplify the IT landscape. Sourcing plans could contemplate how to reduce complexity and answer the questions: What is the lifespan of the product? What application does it replace? What is the plan to decommission the software when it is no longer required? How can the consumption of licences and infrastructure be optimised? Fewer software products may be better for the environment!

A 2018 survey of 1,000 consumers in the U.S. and U.K. conducted by Futerra found that 96% of people believe their own actions, such as donating or recycling, can make a difference. Furthermore 88% of the respondents said they would like brands to help them become more environmentally friendly and ethical in their daily life. In December 2015, Nielsen surveyed 28,000 people in 56 countries and found that 66% of consumers believe that companies should support the environment. The survey reported that consumers are also concerned about eradicating extreme hunger and poverty and would be prepared to pay more for socially responsible goods and services.
To be effective, leaders must master the ability to influence others with building and maintaining trust and leveraging networks, two areas where procurement can make the biggest impact. By understanding where suppliers are in the design process, sourcing plans can assess the acquisition, operations (including maintenance and repair), and the disposal of a product and/or service. By collecting different "social conscience" data points and engaging in deeper analysis of the human and environmental impact, procurement teams can help stakeholders make informed decisions and design a product or service that satisfies the demands of the modern consumer. For example, not engaging businesses that cannot demonstrate there is no risk of modern slavery in their supply chains or only selecting vendors who meet your organisation’s high socially responsible standards.
We are now starting to understand the ecological impact of plastic. On average, Australians use 130kg of plastic per annum and only 12% of that is recycled. It is estimated that 130,000 tonnes of plastic will end up in our waterways and oceans. Studies have shown plastic has begun to enter the food chain and may end up on our plates. An ethical sourcing plan would not encourage the purchasing of more plastic. Focusing on the circular economy provides procurement teams with an opportunity to help their organisations understand the economic, social and environmental impacts of their buying decisions.
Tags:
Circular Economy
Procurement
Corporate social responsibility (CSR)
Sustainability
Stakeholders
Region:
Global 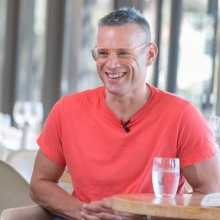