Back to the Future...of Outsourcing! 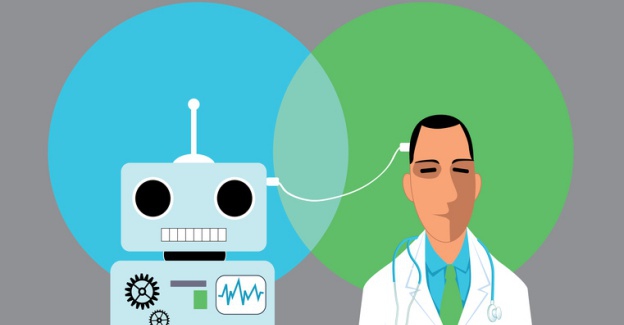 To understand the future, it often helps to examine the past. The past may not have all our answers, but we often find useful models that can be repurposed in new ways. Turn back the clock one hundred years, and we will find just such a model for future outsourcing…the modern hospital.

Hospitals have been around for millennia. Early hospitals had few effective medicines. Instead, they were more like rest camps. Still, the best hospitals were relatively clean and they were often built by a mountain or a lake where patients had clean air and fresh water. Removed from a polluted city and its contaminated water, and given regular meals, a patient had a much better chance to recover.

Prior to the turn of the last century, “intensive care” meant little more than sawing off infected limbs. Hygiene was a bit of a mystery to the medical staff, and the operating room was often fatal. Still, with a little luck, someone may have just gotten better. By the mid-1800s medicine became “scientific” and the rate of recovery for patients slowly improved. By 1920, a hospital had a 50/50 chance of improving your condition.

As hospitals improved, health improved in hospitals, and across every developed nation. Infectious diseases—cholera, diphtheria, tuberculosis—were the primary causes of death in the early 20th century. Hospitals joined with departments of sanitation and medical colleges, and by the mid-20th century, infectious diseases began to disappear in developed countries. Hospitals turned to more complex medical challenges...heart disease, cancer and genetic research.

To meet these new challenges, hospitals needed to retool. Early hospitals had a lot of beds, trained staff and operating rooms and labs had many test tubes and Bunsen burners…but conquering cancer required more advanced medicine and sophisticated diagnostic equipment.

X-rays were one of the first miracle machines. Doctors could now look inside patients without cutting them open. Ultrasound, MRI and PET scanners soon followed and the inner workings of human biology became an open book. To cure cancer, radiation equipment, cryotherapy and many other devices were invented. Hospitals were soon filled to the brim with futuristic equipment.

Doctors and nurses, however talented, were not trained to deal with this sophisticated equipment. With too many multi-million dollar pieces of equipment to count, hospitals needed help to maintain and repair their fleet of medical devices. Some equipment, especially in nuclear medicine, requires special care in its use and in the disposal of radioactive components, and, of course, this technology requires extensive training. Tools like the “Gamma Knife” (a knifelike beam of radiation), can cure if correctly used, but can also do great damage when operators are not properly trained. With life and death consequences, outsourcing is essential!

Containing all this equipment and providing room for the volume of patients needed to keep these expensive devices fully occupied forced hospitals to grow even larger. Typical hospitals contain multiple buildings and thousands of workers. These “Super-Hospitals” have become campus-wide structures, with power plants, warehouses and immense parking lots to keep the hospitals running and fully stocked.

“Super-Hospitals” are incredibly capable, but even they need help as medicine has begun to peer into humanity's own genetic code. Healthcare is now dominated by clusters or networks of organizations that work together to cure patients—government agencies, insurance groups, education and certification bodies, specialty clinics and (most recently) data outsourcers—using tools like IBM’s Watson to develop insights into medical care and personalized treatments.

Very impressive! But exactly how does the evolution of the hospital predict the way that outsourcing will evolve? Let’s take a look, starting with...

Last Generation Outsourcing: Until very recently, outsourcing was driven by lower wages in common offshore locations, such as India and China and typically meant moving from a relatively sophisticated work environment to a less sophisticated one. An offshore factory had less automation and equipment than an onshore factory. Buying all of that equipment offshore raised the cost of operation, increased capital investments and slowed down implementation.

Instead, companies chose to hire more people offshore than they had onshore. It meant working in a different way, but the results often satisfied all parties. Remember, offshore nations allowed us to work in their country because we provided employment. Money spent on equipment (that was manufactured in another country) did not help the offshore economy. Besides, when offshore wages are one-fifth of onshore wages, you could hire two workers for every one you had onshore, and still be ahead financially.

50/50 Chance: Early on, outsourcing was unreliable. Some projects worked well and some didn’t. “Lift and shift” alone failed. When outsourcing exploded in size at the turn of the 21st century, outsourcers had variable results. Around this time McKinsey, both the world’s largest consulting firm and an early outsourcer, stated that only 50% of outsourcing was successful. Failures often arose from skipping necessary steps, lack of specific skills and unreasonable expectations.

Now outsourcing…at least when a reputable outsourcing firm is used…is better understood and generally more successful. Yet, there remains a nagging sense that some forms of outsourcing, especially for knowledge work, just won't be successful offshore. At the very least, it is more difficult to convince some customers that they can perform work offshore rather than onshore.

Proximity: Intelligent automation and robotics diminish the role of wages in outsourcing. Automation delivers products with few or no wage earners. The more we automate business functions, the lower the total cost of production. We’ve also learned that when we offshore, wages eventually rise. Offshore wages rise far faster than onshore. The cost of automation, on the other hand, falls over time.

We are now at the beginning of an onshoring wave. Athletic shoe manufacturers were a big part of the offshoring culture of past decades. Athletic shoes and athletic clothing aggressively moved offshore, leaving little production onshore. Automation makes onshore manufacturing viable. By being onshore, manufacturing not only meets the price of offshore, but can also add new value.

Work can be sent halfway around the world efficiently, but it adds to turnaround time. When the next iPhone is released, orange might be the most popular color, but if there aren’t enough orange phones on hand, a request can be sent to an offshore factory for orange phones. Total turnaround time to produce new parts, assemble the phone and ship them back to the customer? A month or more. By then, the buyer might give up and buy a different phone.

Size: When manufacturing was outsourced to China, the scale of outsourcing changed. The U.S. and Europe already had big factories, producing cars and airplanes. In the last decade, China built over 500 new cities (capable of supporting a million citizens). These cities were created to house the workers needed by new factories. Factories and related networks of factories (bicycle factories built next to bicycle tire factories) took on a new scale in China.

This scale of operations not only created big single-use factories, but has also created a new type of outsourcing. Foxconn corporation is the world's largest private employer and is based in China. What does Foxconn do? They assemble consumer electronics. They don’t build CPUs, or memory chips or circuit boards. They just assemble the parts into a phone for almost every cell phone in the world. They also assemble a huge percent of the computers, tablets, flat screens and other electronics that consumers buy.

By assembling every possible type of cell phone, Foxconn developed unique expertise in phone assembly. When a new iPhone is released, Apple's marketing campaign has publically announced (very tight) release dates. This has been amazingly effective in marketing the iPhone, creating huge lines at Apple stores when a new iPhone is released. Samsung’s Galaxy and other top-tier phones are now released in the same way. Without the massive capacity of Foxconn, this would not be possible. Assembly firms like Foxconn didn’t exist a decade ago, but now many products cannot exist without them. We’ll get back to Foxconn in just a little bit.

Technology: As discussed earlier, when work moved offshore, key equipment and technology were left behind. This reduced the time to ramp up and required less investment to implement. It took more people offshore to replace a team onshore, but if wages were low enough it still made financial sense.

Onshoring will explode in size in the next few years. Domestic factories will become much more automated. Work will move from China back to the U.S. and Europe. But only a fraction of the jobs will be re-shored—robots will do most of the work. Traditional factories in the U.S. won't always have the ability to maintain these robots. Just as hospitals turned to outsourcing to deal with training and maintenance, the arrival of a massive number of industrial robots provides a huge opportunity to outsourcers...IF they have the skills and the scale needed to support this transition.

Need another example? Consider… computer support. The old model was that any corporation of significant size ran its own IT department to roll out servers, add hard drives and monitor networks. Amazon Web Services (AWS) and Microsoft Azure have taken over the IT functions of thousands of companies. Startups are now starting up without server rooms. Amazon Marketplace has taken over warehousing, distribution and other aspects of America’s small businesses.

Consolidation: What’s next? Remember our friends over at Foxconn? They negotiated a deal to build an “assembly factory” in Wisconsin. The key factors to follow in this deal are…

So back to the original example…hospitals grew, developed new technologies, grew some more, developed a network of services and suppliers, and then outsourced many of their day-to-day functions. Onshore manufacturers are in a very similar position. The new wave of onshoring will trigger the movement of more work in product distribution, IT support, hardware management and other services to outsourcing providers.

The arrival of intelligent robots and advanced automation are changing the way that factories manufacture and corporations work. This in turn will lead to larger outsourcing projects, and the need for multifaceted outsourcers with a wide range of skills and deep pockets. There will still be room for specialized outsourcing and smaller implementations, but more and more money will be tied up in big projects that only a small number of outsourcers can deliver. If you want to be in this elite group, start lining up your partners!