Digital workers: How will they affect the world of work? 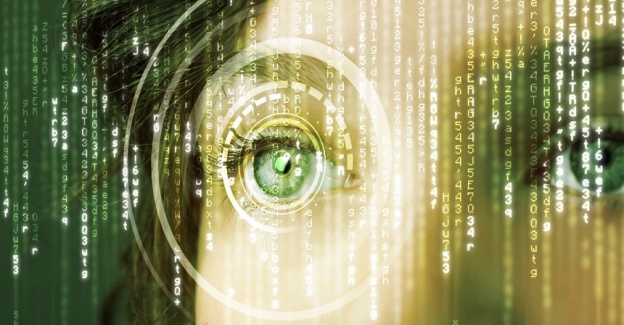 If you’re in the business of talent, there’s a pretty good chance that you’ve heard of the coming advent of artificial intelligence (AI) and its impact on recruiting and workforce strategy.
There’s also a pretty good chance that, if you’re like most talent leaders, you’ve been inundated with the concept of “artificial intelligence.” This is understandable, given the ubiquity and omnipresence of content and conversations dedicated to AI in recruiting.
From emerging and established vendors purporting to offer some sort of “AI” enabled solution for recruitment, to the cottage industry of prognosticators and pundits focused on its impact and its implications on the future of work, it’s easy to get overwhelmed (and likely, a little weary) when it comes to AI.
Like “big data” or “social recruiting” before it, it can be hard to cut through the noise, much less believe all the hype, when it comes to leveraging machine learning, natural language processing and intelligent automation to drive real recruiting results. But unlike these once trendy topics, it’s important to note that AI is more than just another empty buzzword or meaningless marketing messaging.
It is, in fact, the future of talent acquisition. And while the development of true AI remains relatively nascent, what we’re witnessing in its infancy is nothing short of transformative. I know what you’re thinking. “Bruce, really? Another article about AI and recruiting?”
I understand where you’re coming from, but the thing I’ve noticed is that most of this exponentially expanding canon of AI-related content seems to focus primarily on the technology itself, or its impact on recruitment efficacy, efficiency or alignment with bigger business imperatives.
The thing that’s often lost in this conversation (and likely the most important consideration about the impact of AI on recruitment) is that the most exciting possibilities – and actionable applications – of artificial intelligence have little to do with the technology itself, or its recruiting-related repercussions.
Instead, the thing that we need to think about as we enter what’s widely referred to as “The Second Machine Age” by academics and economists alike, is its impact on individual workers. We are, obviously, in the business of people, and it’s those people who will likely be the most profoundly impacted by the exponential growth in both computing power and automation.
Indeed, even though we are still in the early days with AI, one trend that seems both irrefutable, and irreversible, is the fact that machines are beginning to displace not just the sort of low skilled, highly repetitive processes which we generally associate with automation, but also, for better or worse, they are beginning to displace knowledge workers, too. This is a trend that looks likely to continue for the foreseeable future.
Some obvious examples of this include the corporate earnings previews which appear on Forbes, Bloomberg and many other investor-related websites; these are now generated almost exclusively through algorithm, with no human involvement or intervention. Similarly, many of the press releases or stories that appear on many wire services, including the Associated Press and Reuters, are the result of sophisticated AI applications.
Our inability to distinguish between content created by machines and that which was written by real humans only underscores the fact that when it comes to AI, in recruiting or otherwise, the future is now. And we’re quickly approaching the point where we can comprehensively pass the Talent Acquisition Turing Test, in which the work of human recruiters and machines will be indistinguishable for candidates and clients alike.
I say this not to scare you, but instead, to prepare you. Too many people out there believe, erroneously, that the rise of AI portends the end of talent acquisition and recruitment. In fact, it represents a new beginning for the world of work in general, and staffing in particular. And I, for one, could not be more excited about what the future holds for AI and talent acquisition.
Tags:
Talent Acquisition
Artificial Intelligence (AI)
Recruitment
Automation
Big Data
Future of Work
Region:
Global 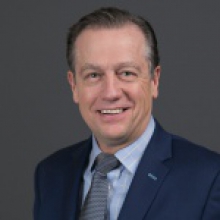 As a distinguished thought-leader and global innovator, Bruce Morton has more than three decades of experience within the human capital and workforce management industry. As such, throughout his time in the field, Bruce has witnessed a massive shift in the way organizations manage their greatest asset: people.

As a sought-after and renowned international speaker, Bruce has stimulated audiences across the US, Europe, and Asia with his fresh and innovative approach to acquiring top talent—sharing his in-depth recruitment and retention knowledge with new-age media on a global scale. He has also designed, implemented, and managed some of the largest resourcing solutions across the globe—saving companies millions of dollars while securing the very best talent.

In his current role, Bruce serves as global head of strategy for Allegis Global Solutions (AGS). Promoted in January 2018, Bruce concentrates on adding increased value to AGS’ clients via new services and product-idea generation, internal and external thought leadership, and serving as a face to the industry through conferences and speaking engagements. Bruce was also promoted to chief marketing officer in 2013.

Prior to working at AGS, Bruce owned e3 Unlimited, a talent acquisition and development organization managing a breadth of staffing-related needs for global companies.