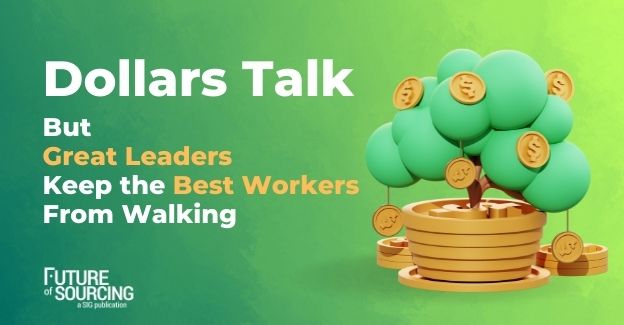 Related news:
Boomerang Employees: What to Consider Before Working Together Again

For months and months, we’ve heard and read ad nauseam about “The Great Resignation.” We’ve been given numerous reasons why record numbers of people are leaving their jobs.

But let’s be real about the main root cause. We are experiencing a great exodus of employees nationwide largely due to bad leadership.

One recent study found that toxic work culture was the primary factor pushing workers out the door. Leaders are most responsible for the kind of culture created. Abusive managers and failure to recognize employee performance were two of the common themes in the MIT Sloan Management Review.

People are just not going to tolerate bad leadership anymore. The last two years dominated by the COVID-19 pandemic confirmed what we already knew: life is too short. Why would I put up with a bad leader, who has never given me a compliment or let me know how I’m doing, when I can go somewhere where my new boss will?

The Cost of Poor Leadership

And notably, higher pay doesn’t matter if leadership is poor.

Amazon was in the news recently for more than doubling its maximum base pay – to $350,000 – for some corporate and tech employees. The company reasoned that a tight labor market prompted the big boost as Amazon aims to attract and retain top talent.

How much should leaders prioritize compensation across all employee levels in order to retain good employees, and to build and maintain a strong work culture? Pay has been just one of several reasons, and often not the only or main reason, that people have left their jobs in droves the last few months.

In the last few years, the subject of pay has dropped off some lists as to why people leave or join a company. Things like culture, quality of leaders, working environment and flexibility have taken over as key factors driving people to either stay or leave.

I still think these non-pay-related items are most important but pay seems to have come back into the mix as the competition for talent is as high as it’s ever been. But I go back here to my theme: people are not going to tolerate bad leaders anymore. And it doesn’t matter what you’re willing to pay them. Getting all the money a person wants as fair or even overboard compensation for a certain job isn’t going to keep them at their job if they hate it because their leader is terrible.

As companies consider raising pay to attract more people, they also need to ask whether or not they have the right leaders, the right culture and the focus to attract people. If everyone is paying $20 an hour now for a job that used to pay $15 per hour, then you still have the same challenge: why would I work for your company when I can go down the street and work for a company that knows how to make sure Monday morning isn’t miserable?

Companies need to be willing to pay what the market is requiring them to pay. But the companies with good leaders that create a culture high performers will always pay less in the long run. That’s because they won’t have to hire as many people, train as many people or lose as many people.

The 3 Cs of a Good Work Culture

One thing that’s always been true, and always will be true, is that a bad leader will never create a good culture. The importance of having great leaders in your company is, was and will always be the only thing that sets you apart from your competition.

Great leaders are great leaders, and it doesn’t matter if you’re in an office, on Zoom or have a hybrid model. A great leader knows how to create a culture that high performers want to be a part of.

Companies need to set expectations for how they want their leaders to lead. Few companies do this and it’s the biggest gap to building a great culture. Tell the leaders in your company that they only have one job: to make sure Monday morning isn’t miserable. And every leader should know that employees want three things when they go to work:

Leading in a Remote Working World

COVID has brought more remote working and, as conditions improved, created tension between some companies and employees in terms of how often people should be allowed to work from home versus coming to the office.

Clearly most employees prefer working remotely most of the time. And leaders who don’t get this and accept this will lose more people, including their top performers. The availability of talent willing to go into an office five days a week is much smaller than it was a couple of years ago.

Company leaders need to realize there’s been a shift. Ultimately, I think this shift brought visibility to leaders in a different way. Great leaders knew/know how to create a culture that high performers want to be a part of in person and on Zoom, but bad leaders have struggled to keep the engagement of their team.

The remote working angle forces companies to focus on all that matters – the work getting done, and not getting caught up in the “how” and “where” the work gets done. The “where” it gets done has always been a barrier to companies focusing on the right things. Employees who showed up every day and sat at their desk for eight or nine hours underperforming were often rewarded more than the high-potential employee who was exceeding expectations but doing it remotely.

Another important aspect of the leader-in-a-remote-working-world concept is, do they care about their employees as much when they aren’t in the office or on Zoom as when they are? Do they get to know them enough at an individual level that they know how to show empathy and compassion when employees are dealing with real-world issues? Great leaders do these things because they are great people.

5 Things Leaders Should Do

2. Bring energy and enthusiasm to work every day. Are your leaders the most positive and engaging people in the company? They should be.

3. Build relationships at all levels of the organization. Everyone remembers the last conversation they had with you, the leader. Was it one that fostered excitement about meeting again, or one that left the person hoping they never have to talk to you again?

4. Support the direction of the company with no hidden agendas. When the leaders in your company need to communicate a message to their teams, do they communicate as “we” or “they”?

5. Help the company grow by developing people. Are the leaders in your company excited about the idea of having their backup on the team, or threatened by it? A bad leader will never want someone who is capable of taking their job working for them.

The pressure for companies to have good leaders truly leading people is finally at a point that it should have always been. Companies that allow bad leaders to lead people will lose. They’ve always lost, but now they can lose more than ever. 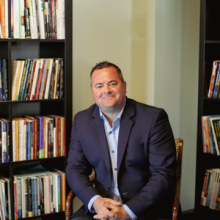 Eric Harkins is the president and founder of GKG Search & Consulting, a Minneapolis-based consulting firm that helps organizations acquire and retain top performers. He is the ForbesBooks author of Great Leaders Make Sure Monday Morning Doesn’t Suck: How To Get, Keep & Grow Talent. During his 25-year career in corporate America, Harkins has held leadership positions ranging from manager to chief talent officer and chief administrative officer. He is a motivational speaker, executive coach, and an expert in helping companies create a culture that high performers want to be a part of.