How Relating is More Powerful than Competing 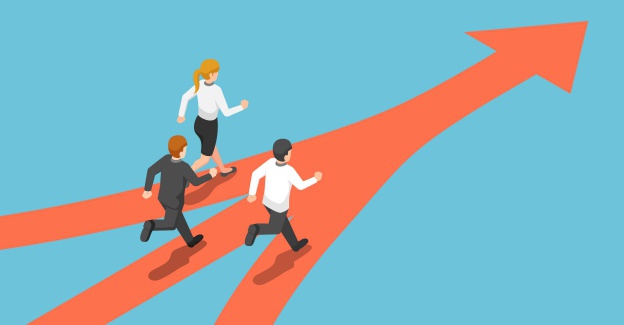 Traditionally, Procurement has been asked to compete in intense negotiations that drive the lowest price on contracts to receive the most favorable terms, whereas sales organizations are taught to fight back. Time and time again, Procurement and sales go through knock-out rounds.
Contrast this to the expectation of Procurement professionals today and in the future, in which we are asked to build strategic value and become more relationship focused. While this shift might feel small to many, it is a significant change in skills, measurements and culture within most Procurement organizations. For example, the ultimate value that can be achieved with suppliers is not during the contract negotiation, it’s through building a relationship with the supplier to gain differentiated value, including the best ideas, people and goal attainment.
This shift in expectations begs the question of are we relating or are we competing? Applying this question when working with stakeholders, during supplier interactions or leading teams will be a reminder to become a more relationship-focused organization. Here are three ways you can relate rather than compete.

At a conference, a group of procurement professionals shares stories about themselves and their experiences. While one person in the group is telling a story about their best negotiation, everyone else is thinking about their own story to tell. As soon as one person finishes their story, another person tells theirs, and on and on it goes, with everyone competing for the best story. At this point, we are not relating, we are competing. Instead of listening, we are thinking about our own stories. This leaves the person who told the story unvalidated, underappreciated and feeling like no one was truly listening.
Instead of immediately jumping into your own story, try asking a question of the person who just told theirs. This change in your approach will allow you to relate to them. To build strong relationships, the other party needs to feel appreciated. By asking a question and being curious of someone else’s experience, you show that you are more interested in what that person has to say versus what you have to say. This is one small change in habit that will make a difference with all of your relationships.

Within any large organization, there are silos within teams, organizations and across processes. And while large technology companies claim their solutions break down silos, they still exist. The result of these technologies has almost amplified the silos, as now there is more visibility to where they exist.
Silos are created due to competition, not poor communication between teams for resources, goal attainment and power. Within Procurement, these silos are particularly difficult with stakeholders and with up and downstream organizations like R&D or Accounts Payable. To reduce competition and be more relatable, aligning goals is the first and most basic way to eliminate competition. If you are trying to achieve the same results, then you start sharing resources differently and have aligned power positions in the organization.
For example, instead of only having a savings goal within Procurement, include each of your stakeholders to have the same goals so they can report to leadership on their progress toward the goal with Procurement’s support. Additionally, spend time with stakeholders to truly understand their strategies and offer solutions and direction in support of their strategy.  At the end of the day, taking a genuine interest in your stakeholders and supporting their goals will reduce the silo effect.

Of course, suppliers are not the enemy, or have they been? Over the years within Procurement, suppliers have been noted as the ultimate team to beat. They are who we hold in check to make sure we get a fair price and terms, and the party we don’t trust for one second during negotiations.
In shifting from cost savings to value generation, suppliers need to take on a different role, which means Procurement needs to analyze how to better relate to them day in and day out.  Relating can take the form or truly understanding what our suppliers are trying to accomplish compared to how that intersects with the business’ strategies. It could also take the form of asking how you can help them to succeed and taking a vested interest in doing such. Developing and mentoring your suppliers to achieve their highest performance is another form of relating instead of competing.
At the end of the day, the future of Procurement is one centered on knowledge, relationships and value, which starts with simple behavioral changes that focus on relating instead of competing. These small but mighty changes will lead to differentiated value in the marketplace and an environment where Procurement’s overall value is realized.
Tags:
Supplier Relationship Management (SRM)
Stakeholders
Negotiation
Contract Construction
Procurement
Region:
Global 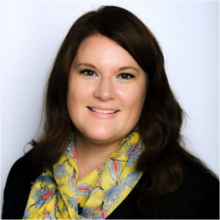 Amanda has built a career over the last 15 years focused on implementing innovative solutions to procurement organizations and has a passion for coaching organizations through large-scale transformations. In her recent role at MGM, she was responsible for implementing and sustaining new, best-in-class sourcing programs and for leading the source-through-pay transformation. Before joining MGM, Amanda served as Associate Director at the Kraft-Heinz Company, where she led the simplification of processes, focusing on cost reduction strategies, supplier development, and technology enhancements. Prior to that, Amanda held various procurement roles within the CPG industry. She also is the author of “Procurement Unstuck,” a blog related to procurement and source-through-pay issues. She serves on the ISM Conference Leadership Board and is the Founding Chairman of the ISM Thought Leadership Council.
She is now the President of High Performance Procurement (HPP).  HPP is the leading provider of Supplier Development Programs helping CPOs increase the reliability, sustainability, and scalability of the small and medium-sized businesses within their supply chains. By working directly with suppliers, HPP helps install systems and processes that give these important businesses the tools to grow and adapt as the needs of their large corporate partners change. Whether the supplier has 25, 50 or 500 employees, HPP establishes business practices that ensure growing operational and financial success with limited investment on the part of the CPO.