How to Minimise “Attention-Seeking” RPA 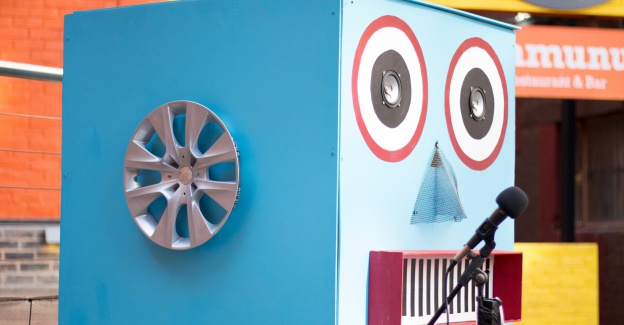 In 2018, the conversation around automation outsourcing has moved away from “are you automating?” to “how are you doing it?” Due to the very clear business benefits of Robotic Process Automation (RPA) and Robotic Service Orchestration (RSO), businesses are now drilling down into the specifics of how best to manage their combined human and digital workforce, and how to get the most out of their automation initiatives.
One of the most pressing issues is that of attended versus unattended automation and how businesses can find the right balance of human resource to independent bot workers. Decision-makers are swiftly coming to realise that what may have at first appeared to be a single RPA platform is in fact an integrated system of complementary automation programmes, which when properly managed can deliver more than the sum of their parts.
So what’s the difference between the two? As the name would suggest, unattended automation needs minimal support from human workers/managers, whereas attended automation needs more careful supervision. Each subset brings both unique and complementary benefits to businesses.
Unattended RPA – Killing the ‘Drudge Work’
This is the RPA that needs minimal human involvement, with the software capable of taking on and processing a large amount of material. So, you’re most likely to find unattended automation in the back office of large companies. There aren’t too many barriers to access – employees can check in on the automation software from multiple locations.
Industries like insurance, banking, recruitment and local government can all benefit here. If there are a large number of invoices, claims to process and/or employee forms to fill out or analyse, then it’s extremely helpful to have unattended automation at play. It works by itself, creating a smooth and streamlined process, boosting workflow efficiency and enhancing company profitability.
Attended RPA
When it comes to attended automation, humans have more of a direct role to play. The automation isn’t as generally accessible as its unattended cousin who often stays with one particular team or at least within a certain department. It’s being triggered by specific actions or events in a workflow, rather than dictating the entire workflow alone.
It’s a more complex world, where human workers have a far higher degree of responsibility. A result of this is that attended automation systems tend to be far more user friendly – switching between a range of interfaces needs to be made as agile as possible. Another benefit is that attended RPA is likely to optimise business processes end to end rather than just focus on one particular area.
So, implementation is swift, ROI is high and disruption to existing workflows is often minimised for companies. This is also one of the clearest cases of automation not replacing human workers, but rather helping to optimise their working processes and ultimately deliver more value.
Getting the Best of Both Worlds
Successful companies will deploy both attended and unattended automation to meet their RPA goals, and one of the keys to this is RSO. An RSO platform offers end-to-end visibility of all the RPA programmes that a company has in play and can speed up the process by which humans get involved. RSO lets businesses make the most of the versatility of both unattended and attended automation. Furthermore, RSO creates a great opportunity to drive automation benefits from predominantly covering the back office – automating routine, repetitive tasks – to addressing the front office, where typically attended automation will enable improved customer engagement and revenue generation.
Tags:
Return on Investment (ROI)
Robotic Process Automation (RPA)
Robotic Service Orchestration (RSO)
Implementation
Technology
Automation
Region:
Global