Is the Tesla Semi the next big thing in logistics? 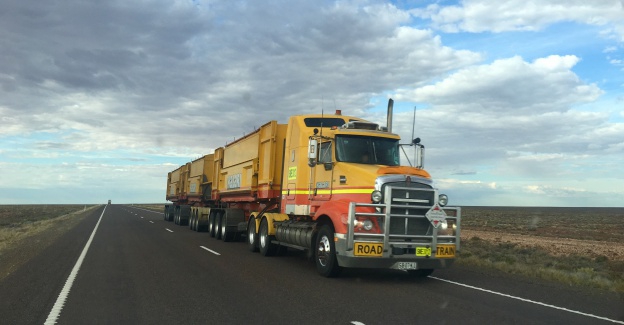 Well over 100 years ago, the gasoline powered internal combustion engine revolutionized the “modern” transportation industry. Back then, the term modern could be used for technologies like the linotype machine or the electric fan. Fast forward to today and we are standing on the brink of an innovation that is set to rewrite transportation, and in turn, the logistics Industry.
Tesla Inc., Elon Musk’s US-based company specializing in electric vehicles, has fast grown into the leader in electric vehicles in the auto sector. Their latest product – Tesla Semi – has been called the safest and the most comfortable truck ever. That’s not Elon bragging, those are from third-party reviews.

The Tesla Semi seems like the more economical choice when compared to the common truck, not to mention a smaller impact on the environment. But cost reduction and eco-friendliness are not the only benefits that this smart truck offers to companies involved with the logistics industry.
A huge problem looming over the trucking industry in North America is the shortage of truck drivers, which is limiting the supply of truckload capacity, consequently pushing costs higher. A Tesla Semi is a semi-autonomous vehicle which can be operated for an entire day, which is three times as much as a conventional truck driven by a single driver. This presents an opportunity to increase capacity with a reduced fleet.
The metamorphosis is in motion: trucking super users such as UPS, DHL, JB Hunt, Ryder and JK Moving are just some of the big names that have already pre-ordered Tesla Semis, which are set to roll out in 2019. Even organizations with significant logistics operations like Pepsi, Anheuser-Busch and Walmart are leading the race to digitize their truckload transportation.
With all the buzz around this truck-sized disruption, questions remain to be answered. The recent death associated with an autonomous Uber vehicle has raised even more safety concerns. Even though the Tesla Semi is semi-autonomous, there are laws governing how long a driver can spend behind the wheel. Does it matter if the driver is actually driving or not? Will there be special training and new classes of licenses for operators of autonomous commercial vehicles? We are still in the learning stages.
It may take a while to figure out all these questions because for all this talk of revolutionizing the delivery industry, even Tesla has failed to deliver their products on time.
Tags:
Logistics
Supply Chain Management
Tesla
Disruptive Technology
Automation
Region:
Global 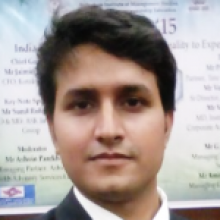 Tejas Thakur is Mumbai-based consultant at GEP, specializing in the logistics category, covering category management, market intelligence, opportunity assessment, spend analysis, strategic sourcing and contracts management.
Prior to joining GEP, Tejas was associated with Sutherland Global Services in the roles of Strategic and Marketing Consulting in the retail, food and beverages and home services sector, where he performed competitive landscape analysis.
Tejas holds an MBA from the Sydenham Institute of Management Studies (SIMSREE), Mumbai. Tejas completed his undergraduate education in Electronics and Telecommunication Engineering at Thakur College of Engineering and Technology, Mumbai.
Twitter: @GEP_Worldwide