The future of outsourcing: through 2017 and beyond 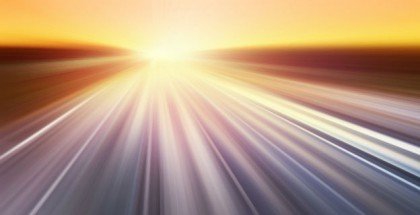 This year will see the BPO industry transform itself in a multitude of ways, meaning that businesses must adapt or face the prospect of falling behind their competitors. With a month of 2017 already behind us, what can we expect to come to the sector over the course of the rest of the year – and beyond - in terms of new services and advances in the technology at the heart of the industry?

Of course we cannot begin without addressing the growing sphere of automation and to try to grasp what areas are going to be transformed by this technology revolution. Robotic process automation (RPA) is altering the outsourcing landscape enormously, making processes more streamlined and efficient by shifting processes previously dealt with by humans towards the automated sphere. More and more parts of the outsourcing business model will be put into the hands of robotic helpers, and companies will be scrapping their legacy systems to be replaced by agile infrastructure that can be quickly adapted to facilitate these new automated processes.

Parts of the banking world such as the mortgage sector are being disrupted by RPA services as well. Previously, routine actions such as mortgage approvals were handled by humans in individual branches but increasingly these duties are being shifted into the domain of machines, streamlining the transaction pipeline for customers and banks. Now the mortgage process is being carried out from evaluation to closure by outsourcing firms using intelligent tools, helping companies to greatly streamline their operations. Banks are increasingly finding that a large proportion of underwriting loads can be handled by partners with access to the latest automation technology.

Another area which has been an important domain in the world of outsourcing is the contact centre. The contact centre is in line to see a great deal of change coming from ‘robot’ helpers, which, using natural language processing, can handle a far greater number of routine requests and can reduce a lot of unnecessary delays.

Developments in the world of contact centres also stretch to the locations in which they are based. Watchers of this sector of outsourcing will recognise the geographic shift taking place, seeing clusters of contact centres springing up in new cities across the globe. The Philippines in particular has attracted a great number of contact centres over the last few years and this trend is only set to grow. The large, educated, English-speaking population means that the country is highly attractive for firms wanting to access a highly competent and cost-effective workforce. Having grown between 15-17% in 2015, we can expect many firms to relocate contact centre operations to Manila and other sites in the Philippines over the coming years.

The explosion of as-a-Service offerings will also continue to transform the sector moving through 2017. The growth of this type of product is down to BPO firms seeking to package their services as a tailored offering with value-added and ‘on demand’ delivery. In a very crowded marketplace, being able to create a bespoke product for a client could be a major differentiator and thus a great way to stand out from the crowd.

Finally, big data is another area which will see dramatic change this year. The amount of data that is produced continues to astound: 2.5 quintillion bytes of data were produced last year meaning that companies will either have to invest in big data services or fall behind as a result of not taking advantage of important customer information. BPO companies will be increasingly eager to capture this prize: buy-side businesses will be looking for firms who can prove that they can integrate these sorts of technologies with maximum quality and agility.

We can expect the rest of this year to see an acceleration in change for the entire sector. BPO firms will be defined by their ability to adapt and their willingness to embrace new technology to transform the face of their businesses, end to end. 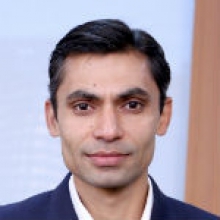 Bhupender Singh is the Chief Executive Officer of Intelenet Global Services. He is responsible for managing Intelenet’s global business portfolio across US, UK, Europe, Middle East, India, and Philippines. He serves as the leader responsible for setting the course for achieving Intelenet’s long-term vision, through organic and inorganic initiatives, investment in new market entry and enabling technology, and people and client engagement. Bhupender joined Intelenet in 2007 as the Head of Strategy and M&A, upon the acquisition of his company Travelport India Operations, where he served as the CEO. Prior to assuming his current role, Bhupender was the Regional CEO of Intelenet’s AMEA and UK divisions.