Integrating retained IT organisations in the outsourced world 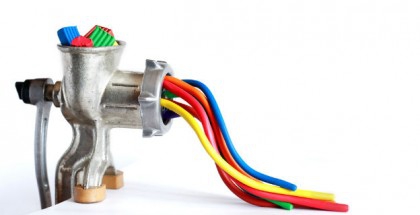 While there is a lot of focus and discussion on how to outsource the right way and bring business value, a very common mistake many companies make is around ignoring how outsourced services are orchestrated with the functions of the retained organisation(s) to provide business with a seamless “IT experience”.

Organisations retain specific IT functions for a good reason. There’s the core vs non-core aspect, and then some functions require specialised skills that are best outsourced. The value and goodness of having retained teams is fully unleashed only when such teams are well integrated with other teams – including the outsourced teams. Very often this is a neglected area and impacts not just performance of the retained teams but also those that of teams supporting outsourced service areas.

Throw offshored teams into the mix and the adverse impact is increased due to the challenges of remote collaboration and other divides including culture and time zones.

For a given team within a service provider’s organisation of an enterprise client, there are three kinds of teams within the same IT function that they need to collaborate with:

The above are within the same IT function. The same then applies to teams across other IT functions (cross-function dependencies). So, there is a lot happening under the surface and some of these look like any other dependencies – but the undercurrents and behavioural motivation drivers vary based on a specific team’s situations.

The key to integrating such teams (and I am not getting here into what to outsource and what to retain) is to ensure:

The top management should ensure that the mid-level leadership, along with the top leadership, across all these teams are formally connecting and not overlapping each other’s areas of work. Many times the retained teams need to make an extra effort to connect, understand and even guide the work being done by the service provider teams to ensure their work is aligned to the business requirements which the retained teams know the best. Empowering them with such decision-making and execution goes a long way in helping enterprises build a robust ecosystem consisting of insourced and outsourced teams working seamlessly (or practically speaking, almost seamlessly!).