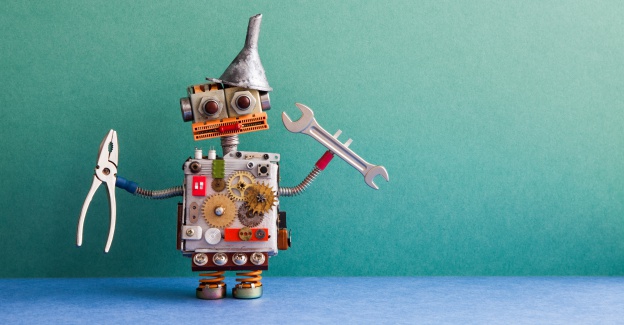 In 2017, organisations started to get serious about automation. Research from the wider automation industry has revealed a lot about how businesses are developing and controlling their automation programmes. I was recently at the RPA (Robotic Process Automation) and AI (Artificial Intelligence) in BFSI (Banking, Financial Services and Insurance) show in London; here’s a snapshot of the top automation concerns amongst the event attendees I spoke to:

Tom Reuner, an HfS analyst, also recently revealed that only 3% of companies are happy with how their RPA programmes are progressing. It seems remarkably common for buyers to simply purchase the wrong product, or fail to anticipate the impact of their robots on other work processes within their business.

What does that mean? Organisations seem to be embracing automation and looking to implement programmes across the board, but only a very small number are reaping rewards, especially when it comes to succeeding at scale.

There is a solution. Decision makers have to wake up to improved service delivery and scale via the use of RPA and Robotic Service Orchestration (RSO) together – many already are. This combination sees a central RSO platform monitor the health and efficiency of RPA within a business.

RSO is moving increasingly into public awareness. And with that in mind here are my three RSO predictions for the new year.

1) The beginning of the end-to-end

2018 will be the year that RPA users will start to understand that they need RSO to deliver automation at scale.

The value of multiple small RPA integrations is low, as it is similar to patching a tear that doesn’t help you take advantage of transformational end-to-end automation services. Currently, making RPA work without issue requires either direct technology integration between various tools, or a dedicated resource (aka a salaried human) managing the whole workflow. It’s a complex and sometimes expensive overhead.

On the other hand, Robotic Service Orchestration manages the entire process seamlessly. Acting as an underlying ‘conveyor belt’ for automation programmes, RSO moves work through each stage of a process and allocates it to be completed by the worker (whether human or bot) that is most suited.

2) The rise of the digital native

At this point in time, there is a significant discrepancy between ‘digitally native’ organisations and competitors trying to make up ground. There are also an awful lot of companies closing their eyes to the limitations of their automation systems. Some insurance companies still only communicate with customers via letter for example. Every part of a system needs to be covered by a combined human and digital workforce, and in 2018 a large number of decision makers are going to wake up to this requirement.

Introducing RSO into the equation means the best of both worlds for companies. There are the efficiencies of RPA linking to other systems, and also the customer experience and service layer being managed by RSO. This means that organisations can keep customers happy by delivering their service in the most suitable way.

‘Strategic IT’ projects often have a poor reputation, and with good reason. Take ‘re-platforming projects’ for example. Companies effectively chuck their pre-existing systems before replacing them with the exact same technology in a slightly different package.

Not only is this bizarre, it’s a time-consuming exercise that can cost upwards of £20m for someone like an insurer. It’s also fraught with risk, because often organisations will look to replace something that isn’t really broken in the first place.

In 2018, I think people will wake up and start saving themselves a lot of time and money simply by RSO. With RSO, companies remove the need for programming and technical integration, and lose the technical challenges around introducing each tool into the next stage of their automated process.

RSO is allowing companies at all levels of automation maturity to create digital services that deliver more and cost less. In 2018, many companies will see that achieving automation success lies in addressing legacy thinking as much as it does in removing legacy technology.

The new year is the time for shrugging off outdated processes; the speed and agility of digitally native organisations won’t be matched by those playing catch up by relying on the decision of the past. By encouraging the right culture and process around automation, organisations can have a happy new year with the help of RSO.

Surprise, Surprise: Procurement Has Yet to Solve Its Data Challenges
03/26/2021

Practical Lessons from the Frontlines of Automating Procurement
03/23/2021

How Digital Technologies are Changing Procurement
03/16/2021