Pokemon Go means business: why B2B needs to get its game face on

Pokemon Go signals the mainstream arrival of augmented reality (AR). From here on in, virtual reality (VR) will always be the poorer cousin – or bridesmaid if you will, and never the bride – in the fight for digital’s push out through the screen into reality.

This new (albeit long-pending) medium of AR will have a huge impact on local and B2C advertising. In fact you might argue it already has, adding billions to the valuation of Nintendo after just a week since Pokemon Go launched – a truly remarkable week.

So how and why will this new AR development have an impact on B2B and the enterprise?

The growth of the web, for example, was driven by consumer use not by business. The business case came after early adopters saw the opportunity and stumbled upon early revenue. Business ultimately followed the consumer traffic and went where the money clearly was.

But the impact that had on the way businesses communicated was profound. People were still telling me in 2000 that the internet was a fad. What business doesn’t have a website now? Let alone a digital-first, mobile strategy?

So, if the medium is the message, then consumers are about to get their game on and dive into an augmented world that will only deepen. Early reports of Pokemon Go’s engagement success making it bigger than many huge digital properties clearly points to a major media shift. This was AR’s moment. We’ll never forget it, I suspect.

Ultimately this means that the new normal for consumer interaction has taken its first mainstream steps down the augmented reality road. The bar is thus rising, and being contextual out in the real world is the new competitive advantage for early-moving B2B propositions.

Mark Hillary’s fantastic recent piece elaborates on the impact to CX and reinforces the need to start preparing for a major shift.

With Microsoft’s HoloLens, Meta’s glasses and Google Glass 2.0 (to name the pack-leading three) jostling for position in the AR space (and with Magic Leap, Samsung and Sony et al hot on their heels and even rumours – unsurprisingly – surrounding Apple’s AR plans) the enterprise needs to start taking this disruption seriously and to begin the process of thinking about how gaming, and specifically AR gaming, must become an important part of its strategy.

I’m not talking about paying Pokemon Go to ensure an extremely rare Pokemon shows up deep in the bowels of IBM’s South Bank HQ. Having droves of random people swamp the building is no business driver after all. And I’m not talking about getting your agency to plan out an impressive amount of in-game advertising either. because that’s just, well, more advertising.

And before you say you don’t need to worry about it. That it’s not a threat…

“Neither RedBox nor Netflix are even on the radar screen in terms of competition,” said Blockbuster CEO Jim Keyes, speaking to the Motley Fool in 2008.

We all know what happened next. And if you still need more convincing than that then I recommend looking at this study on Millennials and video adoption.

If you are ready to engage the AR disruption ahead then here are the first four questions I’d seek answers to, urgently:

When, and not if, the scale of the opportunity dawns (if it hasn’t already) on your organisation, having these answers will put you in the driving seat to steer your colleagues and organisation through this disruption.

Or you can take your chances like Blockbuster, of course. 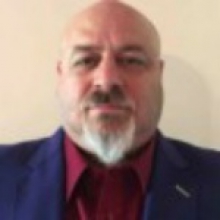 Al Tepper is the Founder of Disruptive Marketing Agency, TepFu. TepFu supports senior executives in: a) fixing go-to-market problems with remarkable solutions; and b) by evolving their organisations' internal entrepreneurship to deliver remarkable disrupted solutions independently - ideally, before someone else disrupts them. TepFu consults in various spaces: SOURCING: for the leading sourcing publication, network and content/events provider. http://www.outsourcemag.com & http://www.sig.org; IOT: for leading IoT network providing content, community and events. https://www.iotuniversity.com; ENGAGEMENT/GAMING: for Hollywood-based engagement agency, F84 - they deliver for clients including Disney, Mattel and beyond. http://www.F84games.com; STARTUP INCUBATOR: Al is a co-founder of an exciting London-based startup tech incubator bringing multiple tech, VR, AR & IoT projects into disruptive being. http://www.KiplingAndKirbyVentures.com. Previously Al was Publisher of Outsource and has built a marketing and digital career in various B2B publishers and even a retailer over the last two decades. Outside of work, as well as being a husband and father Al owns two labradoodles and is a qualified American football coach.