Robotic process automation (RPA) is a new type of software that acts as a virtual workforce. It is the hottest ticket in the already hype-fuelled world of automation, and some would say that in the next two to three years it is going to become an integral part of your operations – whether in-house, shared services or outsourced. But who is driving RPA? And if the future is RPA, who is going to make it happen so quickly?

The fact is that the RPA community is still forming. The label is a new one, and since its unremarked debut a few years ago, the RPA concept has become a market (a bandwagon?) into which many have leapt, and others have been dragged reluctantly. But the outlines of the extended RPA family are becoming clear. I will no doubt be lambasted for important omissions but here goes….

First come the RPA software providers, the developers and licensers of robots tools and products. They include names such as Blue Prism, UIPath, Automation Anywhere, Arago, WorkFusion and a growing list of other names. Many RPA software providers are small, new, or nearly new companies, or connected to mid-sized technology firms in BPM, workflow and desktop automation. The key point is that the leading brand names are as yet unconnected to large, global corporations. A few acquisitions might change this picture, but as it stands the RPA software providers are going to focus on just that – providing software – and leave the messy business of implementation to someone else.

Which brings in the RPA implementers. RPA solutions are by definition quicker to implement than other forms of automation, but they still require scoping, strategy, process mapping, configuration, testing and extensive planning and change management. The RPA software providers are therefore rapidly building networks of partners to implement their RPA systems with clients. This category includes some of the large generalist consultancies, the global audit brands such as EY and PwC, as well as a group of emerging specialists such as Symphony, Genfour or my own company Aecus. Some of the implementers may also choose to provide the ongoing run or managed services for RPA systems (i.e. hosting and development), others will hand this over. Not forgetting the ‘do-it-yourself’ approach to implementation, which whilst entirely valid, could mean new inhouse RPA implementation teams destined to re-make the mistakes of earlier RPA projects.

So far, so easy. In theory, for a company with in-house operations, then all you need is RPA software and someone to implement it for you, at least the first time round. But for many potential buyers of RPA there is an added level of complexity. For most companies, large parts of their operations are already run by outsourcing providers, such as Accenture, IBM, HPE, Genpact, Wipro, HCL and many more. How outsourcing and RPA will play out and mutate is one of the great unknowns of this market.

From one perspective, outsourcers have the scale and resources to really become experts in RPA deployment, so RPA is the natural next big thing for outsourcers to offer their clients; (“Process reengineering? Tick. Offshoring? Tick. RPA? Yes please.”) From another perspective, RPA can be seen as a major disruptor of established outsourcing dynamics: existing deals are rarely built to incentivise or adapt to the world of RPA; traditional outsourcing revenue streams, often based on headcount, are eroded when the client automates. RPA does not care about the contractual boundaries between inhouse and outsourcer. You can automate on both sides of the fence – so why have a fence?

Most outsourcing providers are now responding to these challenges positively, actively investing in RPA expertise, alliances with the automation software providers, and assorted on-message mood music. Indeed, many outsourcers also happen to be technology companies with major investments in automation, such as in AI (think IBM’s Watson, or Wipro’s Holmes); others have been developing their own RPA technologies to deploy with their outsourcing clients; whilst others still may harbour plans to acquire the RPA software providers when the time is right. One way or another automation is going to be a massive part of the future of outsourcing. So the outsourcers are in a strange space: RPA threatens their established business model, at the same time it could be core to the next one.

This then is the RPA family photo as of 2016. Like any fast-growing family, there will be new additions and unions along the way. There will also be no doubt be tiffs and the occasional sad departure. In future Live Wires postings we will be meeting many of the leading lights from each of the groups, and we will try to get to know the family a little better.

Paul Morrison is a Partner at Aecus, the specialist outsourcing, shared service and automation consultancy. Follow him on Twitter at @MorrisonPaul1 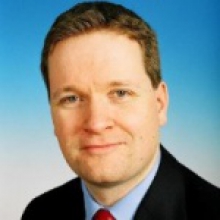